We don’t want to say we told you so, but we did tell you last week that we Zayn Malik was in a bad place and was leaving One Direction. Now as news spreads around the world like wildfire of the 22-year-old’s departure, the catastrophic effect has left his Middle Eastern fan’s devastated with hundreds of One Direction tickets being listed for sale online.

Zayn and the rest of One Direction were due to take to the stage at the Sevens Stadium on Saturday 4 April, but since he announced he was leaving Harry Styles, Niall Horan, Louis Tomlinson and Liam Payne so that he can have a “normal” life, a large number of fans have voiced their discontent by giving up their tickets. Popular classified listings website Dubizzle.com has had over 100 tickets for the concert posted online since Zayn quit, with some going for as little as Dhs500.

Social media has also been flooded with sobbing fans offering up their tickets with one commenting: “I don’t want to see One Direction as a four piece. Who wants my ticket?” Another wrote: “I have two VIP One Direction tickets available. Inbox me if you want them. I see no point in attending if Zayn is no longer coming.”

The Best Song Ever hitmakers have pressed on with gigs as a foursome, although Harry did break down in tears last night in Jakarta while singing on stage. Sob.

A statement posted on the group’s Facebook.com page from Malik reads: “My life with One Direction has been more than I could ever have imagined. But, after five years, I feel like it is now the right time for me to leave the band.

“I’d like to apologise to the fans if I’ve let anyone down, but I have to do what feels right in my heart. I am leaving because I want to be a normal 22-year-old, who is able to relax and have some private time out of the spotlight. I know I have four friends for life in Louis, Liam, Harry and Niall. I know they will continue to be the best band in the world.”

His bandmates add: “We’re really sad to see Zayn go, but we totally respect his decision and send him all our love for the future. The past five years have been beyond amazing, we’ve gone through so much together, so we will always be friends. The four of us will now continue. We’re looking forward to recording the new album and seeing all the fans on the next stage of the world tour.” 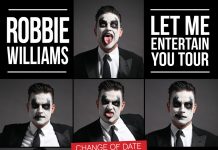