Ladies and gentlemen they are back! FLASH Entertainment have announced today that the Rolling Stones will kick off their 14 ON FIRE tour presented by Eastspring Investments (#STONESONFIRE) with a very special one-off show at the du Arena (Yas Island), Abu Dhabi on Friday, 21 February (#StonesAbuDhabi).

Tickets go on sale to the general public at midday on Thursday, 12 December at www.ticketmaster.ae and selected Virgin Megastores across the UAE. Exclusive pre-sale starts from midday Monday, 9 December and closes at midday Wednesday, 11 December 2013. A limited number of General Admission Early Bird tickets start from AED 395.

Mick Jagger commented: “Can’t wait to be back on stage especially in Abu Dhabi, I am really looking forward to playing all your favourite songs and seeing you all very soon.”

Keith Richards added: “The best place in the world for me is out on that stage. Standby everyone…its back to where we belong, Me, Mick, Charlie and Ronnie and some friends all rocking out together. The wheels are in motion and we’re on our way…see you very soon!”

The 14 ON FIRE tour produced by AEG Live will see Mick Jagger, Keith Richards, Charlie Watts and Ronnie Wood head back out on the road after a mammoth run of concerts in the U.S and the U.K in 2013, an exhilarating and critically acclaimed celebration of five decades of the Rolling Stones bringing their iconic music and groundbreaking stage shows to audiences around the globe.

Mick Taylor, who was a member of the Rolling Stones from 1969-1974, will be a special guest for this tour.

The stage design for the outdoor concerts is based on the band’s ubiquitous tongue and lips logo, which extends out into the audience. The exclusive ‘Tongue Pit’ area inside the stage will give fans in this area an incomparable 360 degree concert experience. Known for their ground-breaking sets and use of cutting-edge technology, the Stones’ set design will feature video screens and special effects that will enhance the high-octane experience of attending a live Stones’ show.

The band will treat their generations of fans to a set packed full of classic Stones hits such as “Gimme Shelter”, “Paint It Black”, “Jumping Jack Flash”, “Tumbling Dice” and “It’s Only Rock ‘N’ Roll”, curated with lesser known gems, plus a couple of unexpected cover versions. 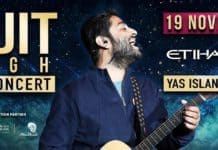 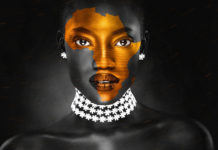