Virgin Radio RedFestDXB has announced the massive lineup for both days of the music festival. Taking place at Dubai Media City Amphitheatre, fans can expect two days of music from the world’s best hip-hop, RnB and pop superstars.

Chris Brown recently made his sixth No.1 album entry on the Billboard R&B and Hip-Hop chart with his latest release ROYALTY.

Supporting Chris on the opening night will be the 17-year-old singer and songwriting superstar Daya. Her debut single “Hide Away” combines simplistic synth melodies, a power hook with emotionally charged vocals.

The Thursday line-up will also feature the Australian chart-topping twins The Veronicas. Electropop, pop rock duo from Brisbane will make their first appearance in Dubai. With a quarter of a million Instagram followers these chart topping twins are sure to end the Virgin Radio RedFestDXB party on a high.

“We launched this festival in 2014, yet it is already one of the most talked about annual music events regionally. The line-up we have organized for 2nd and 3rd February 2017 is very exciting and once again we have surpassed ourselves in attracting some of the biggest, best and most exciting current artists”, says Managing Director of Done Events Girish Anil Bhat.

Confirmed to perform on Friday February 3rd is The world-famous Demi Lovato – singer and actress has had five hit albums, headlined 5 world tours and with over 100 million social media followers and is one of the ost influential women on the planet

Supporting Demi on the second day of the festival will be Mike Posner. This 28-year-old has written songs for Justin Bieber, Maroon 5, Nick Jonas, Snoop Dogg, Wiz Khalifa, Nelly and even a few for himself. This year his hit singe hit the top ten in 27 countries around the world and was streamed over 600 million times.

Tove Lo – “Called Sweden’s darkest pop export” Grammy award and Golden Globe-nominated singer who collaborated with Coldplay, Nick Jonas, Years & Years and Ellie Goulding. She toured with Katy Perry and the song she wrote for Hillary Duff was featured on the soundtrack of “The Hunger Games”

Alessia Cara, a Canadian singer/songwriter who began her career at 15 covering songs on YouTube by Justin Bieber, Beyonce, Adel and more. Attracting millions of views and a huge fan base.  Her debut Single was one of the best songs of 2015, hitting #1 in the US selling over 2 million copies and charting in 16 countries around the world. 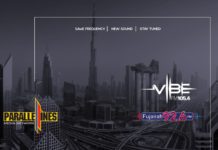