15,000 people dressed in white went to the racecourse for the frenzied electro dance rhythms. No event is comparable to it in Dubai and even the world. For the first Outdoor Sensation, the ENVY company put the dishes in large concocting an extraordinary event with a stage of 30 meters, a VIP sponsored by Audi and beautiful facilities for the night remains etched forever in the collective memory.

Shortly after 9pm, 4 masks of Sensation took on the appearance of real faces. For 3 minutes, all eyes were riveted on the huge stage. Smoke rises, masks began to show us the history of Source of Light as intertwined tales of fireworks and other pyrotechnics. At the end of the story, the voice of one of the greatest MCs of the planet sounds in Meydan, Mc Gee announcing the arrival of Mr White, that amounted to ‘resident dj’ of Sensation throughout the world. Mr White is accustomed to the crowds ambiancer before the arrival of guests already. Since the debut of Sensation, he already accompanied the biggest names in the EDM industry as Carl Cox, Armin Van Buuren, Afrojack, Fedde Le Grand or Danny Tenaglia. His musical credo? the groove, and the groove again! He combines old school tracks with some new electro bombs. 45 minutes later, the Russian duo Hard Rock Sofa took possession of the decks with a big room sound, playing some of their productions as ‘Rasputin’ and their last track ‘Arms Around Me’. It was a Première for the duo : first sensation and first time in Dubai … After 1 hour show, the audience was hooked!

The duo left the hot spot for one of the masters of house music, from New York City. This Dj/producer is not a stranger in Dubai. Last year, he filled the People By Crystal … Roger Sanchez. Many old school sounds and lots of groove, a good homecoming for starting this third part of the evening. Roger Sanchez is pleased by unveiling new tracks interlaced classic ones like Another Chance!

The party is in full swing and it’s time to welcome the new fourth dj in the world ranking Top 100 DJ Mag, Martin Garrix. After a skydive offered by Redbull & Skydivedubai, the young prodigy has regained his senses to provide a set to Dutch consonances with tracks that made his reputation like Animals, Error 404 and his latest track called Virus. The crowd chanted the lyrics of the most famous tracks. With Sanchez, they danced and with Garrix, they are jumping.

How to finish off this unbelievable night? Sensation appealed to Swedish-American duo AN21 & Max Vangeli. Since few years, they performed at many Sensation events all around the world. Indeed, their tracklist is very adaptable to different kinds of crowd because they mixe of vocals, beautiful melodies and powerful kicks. Just before arriving at Meydan, they finished a new collaboration called ‘Tonight’. To 3am, they paid tribute to Sweden by their choice of tracks moving from Eric Prydz, Alesso to Swedish House Mafia.

Adaptation of the show to an outdoor version made it possible to bring the show to this magical place. A sold out house completed the picture and with 15 000 people in 50 different languages we celebrated The World’s Leading Dance Event. Dubainight is super proud to be official media partner! See you for the next edition 😉 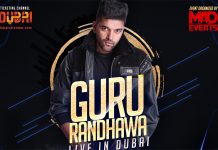 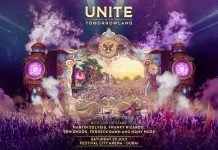 Yasalam Beats on the Beach 2016