“My role in Sarkar 3 is small but it is a very important character in the film,” Bajpayee said.The 47-year-old actor has worked with Verma in films such as Satya, Kaun and Road.“My association with RGV is quite an old one.
So when he approached me for the character of Govind Deshpande, I immediately agreed to do it,” Bajpayee said.

Bajpayee’s character is said to be loosely based on Delhi Chief Minister Arvind Kejriwal.

Bajpayee’s short film Ouch was showcased in the festival.
The film is about two co-workers who fall in love and decide to leave their spouses for each other.
Ouch is directed by Neeraj Pandey and will release on YouTube on October 22. 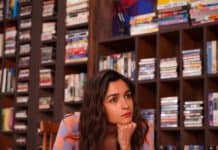