Singer Janet Jackson was this week spotted in public for the first time since announcing her pregnancy – wear full Islamic dress.

The star is believed to have become a Muslim after marrying Qatari billionaire Wissam Al Manna, 41, in 2012.

Our exclusive pictures show the couple looking relaxed and happy as they shopped in London earlier this week.

The pair strolled hand in hand as Janet – who will become a mum for the first time later this year at the age of 50 – stroked her growing bump.

They were spotted browsing for children’s clothes at an upmarket boutique before stopping for lunch at a health food restaurant.

Janet, who has sold over 100 million records, is widely regarded as one of the most successful female solo artists of all time.

She was married twice before meeting her magnate husband.

Speculation that the star was expecting first surfaced in April this year, when she postponed her upcoming tour.

She told fans: “My husband and I are planning our family.”

But the star – who has become notoriously private in recent years – refused to confirm the news until October.Posing for a picture with her bump in American magazine People, she said: “We thank God for our blessing.”

The pair are said to have met in 2010, but their liaison was kept so under wraps that barely anyone knew they were a couple until a year after they had wed.

They regularly jet around the world on exotic trips but are based in Al Manna’s native Doha, Qatar.

In 2014, he said: “We love traveling. “We love going to nice, exotic places far away from the world and from prying eyes.”

Janet is said to have taken a while to adjust to life in Qatar, due to the restrictions placed on women – and the fact she’s had to give up designer clothes. 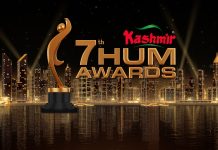