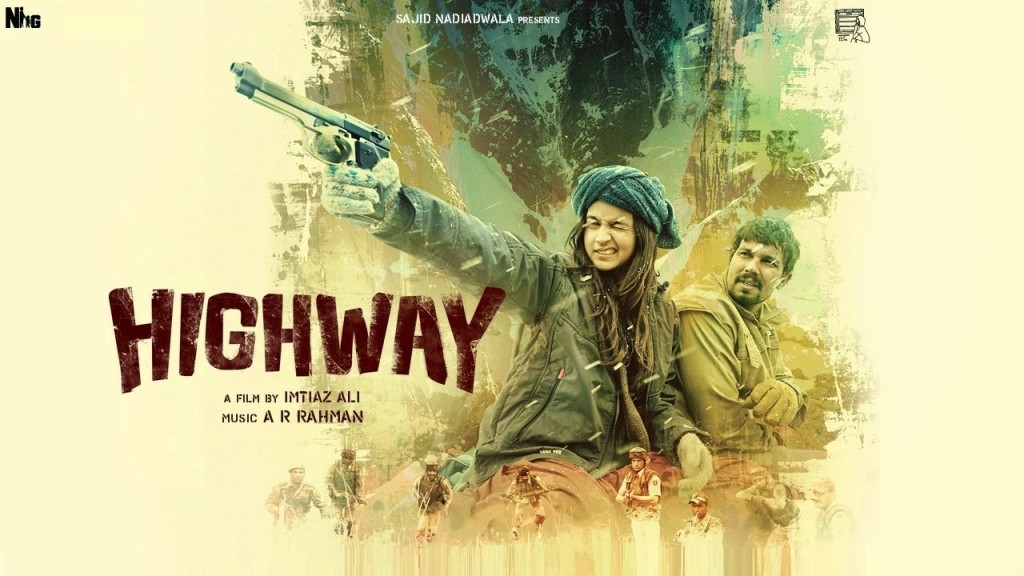 Highway unfolds when a girl (Alia Bhatt) is abducted at gunpoint by a small-time criminal (Randeep Hooda), and as her journey commences on the highway, she begins to fall for her abductor while he displays similar emotions. The script is likely to generate mixed response from the audience, but the performances of Alia Bhatt and Randeep Hooda, along with Anil Mehta’s cinematography, is outstanding.

Imitiaz Ali takes you on a road trip in Highway, where Alia Bhatt’s persistence to be chauffeur-driven by her fiancé lands her in the clutches of a dangerous criminal, Randeep Hooda.Tied up and put in the back of a truck, Bhatt is driven across India by Hooda and his gang of thugs. As time progresses, she gains Hooda’s trust and is able to freely move around in captivity. Up and close with Hooda, she develops better understanding, and gradually, her hatred turns in to affection for him. Hooda, though reluctant, also develops feelings for her, but how will this journey turnout?

It is difficult to imagine Highway is Alia Bhatt’s second film; there is so much maturity in her acting. Randeep Hooda offers exceptional support to Bhatt’s character; both are magnificent, with Bhatt likely to claim the greater praise due to her extended screen presence. Oscar winner A.R. Rehman offers a helping hand with tremendous music, supported with beautiful picturisation. Highway takes you on a thrilling journey, exploring beautiful locations across North India, from the hot deserts of Rajasthan to the snowy mountains of Kashmir.The location choice is fantastic; the way it’s been captured on camera is thrilling. Highway begins in exciting fashion but everything really unfolds in the last quarter of the film where it is slightly rushed.

Imitiaz Ali should be credited for going out of his comfort zone to experiment with a film like Highway: completely different from mainstream cinema. Highway may not be inclusive of an A-list cast in Alia Bhatt and Randeep Hooda, but their outstanding performance in Highway can be a match to any A-list Bollywood star.

Stop Doing These 6 Habits That Are Harming Your Teeth